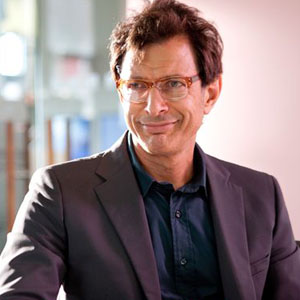 Jeff Goldblum has been married to Geena Davis and was romantically involved with Kristin Davis, Laura Dern, Tania Raymonde and Lydia Hearst-Shaw.