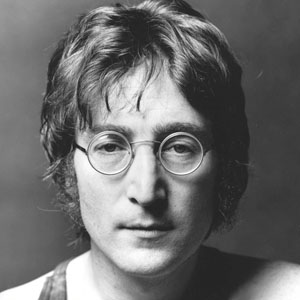 John Lennon, born on October 9, 1940 in Liverpool, was a British singer, songwriter and musician, best known as a member of the Beatles. He died on December 8, 1980 in New York at the age of 40.

John Lennon is the father of Julian Lennon and Sean Lennon. He has been married to Yoko Ono and Cynthia Lennon.