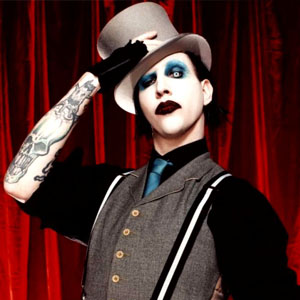 Marilyn Manson has been married to Dita Von Teese and was romantically involved with Rose McGowan and Evan Rachel Wood.